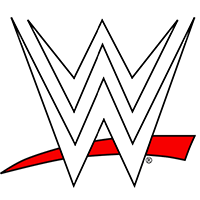 A subreddit for fans of World Wrestling Entertainment. This includes WWE, WCW, ECW, NXT and whatnot.
[link]

Let's get into it!
Looking for anything from casual conversation to catching feelings. But I ask that you just come out and say what you’re shooting for if you already know. If you don’t that’s fine too! Online is great, in person is great (responsibly, of course)!!
If looking for hookup/fwb/cuddle buddy (BONUS POINTS) - I’m handsome(momapproved TM) (decent convos may lead to [non-dick, unless requested] pics and video chats, ladies get ready to put in work for once, maybe you'll finally get lucky with this guy /s), drug and disease free (DDF), well-dressed (especially in public), fine with weed/alc, 6’2” athletically built, of Indian descent (accent optional 😋), nails, face, and pubes kept trimmed, neat, and quite honestly, FABULOUS. Sounds too good to be true? Take the chance! Who knows? It might just work out.
Author's Note: Looking for a hookup but scared it might get too personal? Don't read any further, you might just fall in love...
For the people who’d like a conversation and more - feel free to pick anything or everything you see here and talk to me about it:
About me: Things I like:
- Not making unintentional grammatical errors (seriously I dare you to find even one)
- People
- Good books and movies. I've historically enjoyed high fantasy, action thrillers, horror, romance, period stories, and more, but quite open minded to new experiences. One interesting non-mainstream film I enjoyed recently was Mandy (2018) with Nicholas Cage.
- Adding to the above, anime and manga.
- Sports and the outdoors (including basketball, volleyball, tennis, skiing, surfing, hiking).
- History, both learning about it and discussing it with people.
- Learning in general, not just about academically inclined subjects
- FOOD (all cuisines)
- Marvel Cinematic Universe
- Gaming (open to anything, fan of RPGs, shooters, side-scrollers, and most importantly those hentai games in the sidebars of sketchy manga and anime sites)
- Goofing around, hope you don't like the serious, brooding type (unless I'm tired, in which case you should definitely hope that I'm tired)
- Pockets, and advocating for pocket equality between men's and women's clothing. (I know what I just put down before this but I'm seriously, actually, really not joking)
Things I dislike:
- Being unable to discuss matters like an adult (if this is you in a relationship, if you can’t disagree on things without raising your voice, STAY AWAY thanks [but I hope you can work on yourself to the point where this isn't an issue for you, good luck])
- Being unable to try new things (I respect boundaries but this ends up limiting me most of the time)
- Being an asshole (especially to yourself)
- Lack of functional pockets in women's clothing
In summary:
Be a normal, caring, and kind person and I’ll be down to talk to you!
If you've made it here, I believe you want a good conversation (and/or whatever interest that may spark) at the very least. Thank you for your time, and have a great fucking day! Remember to call your loved ones and tell them you love them (sorry, sorry, don't get angry at me I'm just the messenger).
submitted by aFellowHuman4444 to r4rSeattle [link] [comments]

This is an update of my MD from last year, which you can find here. All figures are in CAD. (Approx. CAD/USD conversion is 1 CAD = 0.75 USD. So my income is ~$58,240 USD. I've tried to note the change since last time where I could!
Section One: Assets and Debt

Source | Guestbook
Note: Some answers were repetitive, but were not edited out.
submitted by 500scnds to tabled [link] [comments]